Penny Ramos-Bennett first ventured into art at the University of Nevada Las Vegas and expanded her time in studio as a self trained artist. Her unique use of mixed media began out of an expression for her love of words and how they can be a moving protest.

Her inspiration comes from her grandmother, an immigrant, whose life was threatened while pregnant with her mother while crossing the U.S./Mexico border. Her grandmother, trying to reach her family and husband in the U.S., had her papers taken away and destroyed at the border to keep her in Mexico. In an effort to reach her family, she made the crossing while being shot at.

Penny Ramos-Bennett, the daughter of a social worker and politician, was fortunate to march with Cesar Chavez in support of human rights in the 1970’s.

Her work consists heavily of political images, and the use of words, as they relate to invoking emotional response to race and religion. 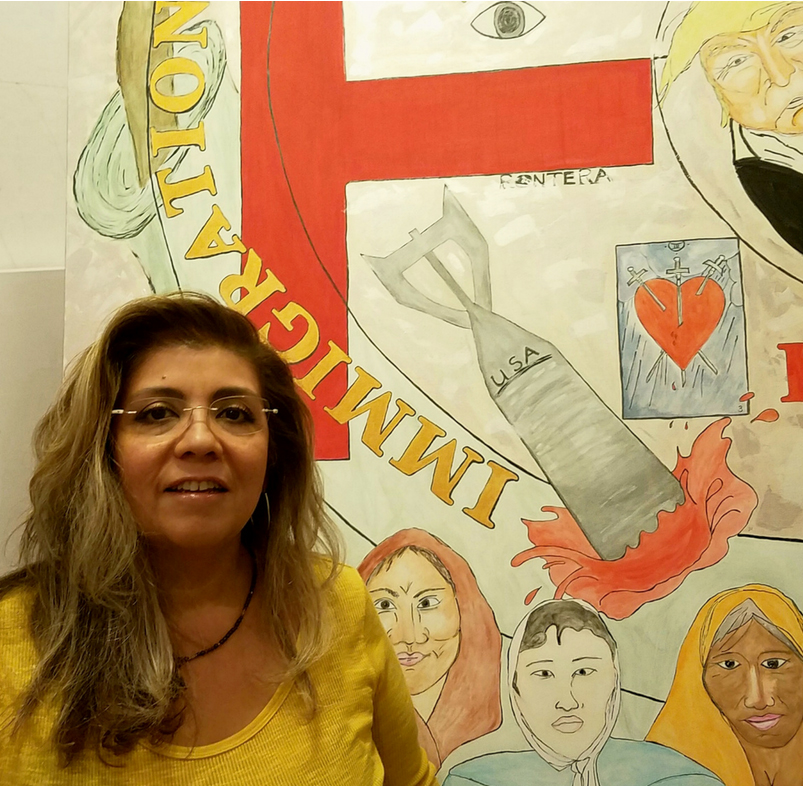